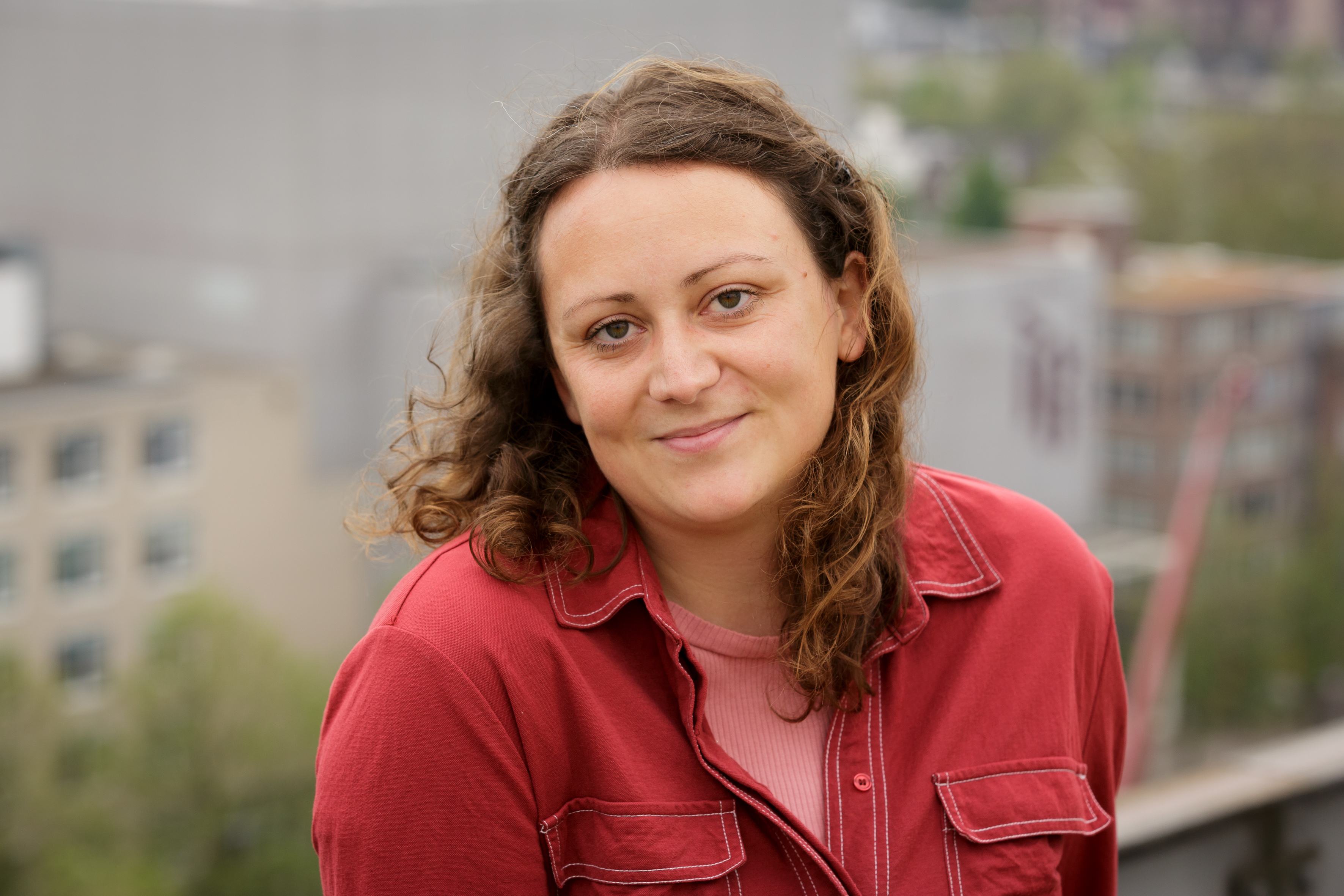 In July of 2021 Nikki Kamps (1989) will join Rotterdamse Dakendagen as director, next to fellow director Léon van Geest (one of the festival’s initiators). Born and raised in Rotterdam, Nikki has worked as an organiser and communication manager for several cultural festivals and institutions, most recently International Film Festival Rotterdam (IFFR). She has been a part of Rotterdamse Dakendagen since 2017 as Head of Marketing and Communication. As a director, her ambitions are first and foremost with audience strategy. She will also take the lead in professionalising the organisation as a cultural institution and employer.  Below she shares her vision on the festival and the role it has to play in the future of Rotterdam.

“At Rotterdamse Dakendagen we are looking to realise an amazing potential, by utilising the many flat rooftops in our city. Of course, and luckily, we’re not the only ones. City planners, architects and many initiatives within science and industry are also working on a ‘layered city’. Our unique asset though, is our relationship with the public. By organising events we have direct contact with inhabitants and visitors of Rotterdam and the region. We show them a tableau vivant of a possible future: this is how exciting the rooftop landscape can be all the time. And therein lies the essence of our added value.

During the year in which I finished secondary school (2007), Rotterdam was dubbed ‘City of Architecture’. This was long before iconic buildings like De Rotterdam, Central Station, Timmerhuis and Markthal. The cultural field where I started working then, the city I got to know as a teenager, is completely different from the Rotterdam I see today. Our calimero complex has disappeared as we gained an international reputation as an innovative and vibrant city. This shift was no coincidence, we actively sought out this attention. And festivals and events have played a big role in that.

When something is high up, it seems expensive and exclusive. As a rooftop festival marketeer I used this to my benefit: what we organise on rooftops is exciting and sells well. We open doors that normally remain closed. But there is also another side to that coin. High rises have a distinct air of decision makers in fancy boardrooms on the 45th floor and expensive suits racing through the city centre on scooters. Not that I can’t appreciate an expensive suit, but it’s easy to think: I don’t belong there. And that’s not what we intend to present to the world.

I have mixed emotions regarding the way the city is developing. Rotterdam deserves to be seen, but also to retain authenticity. Not to fall into the same traps as other cities, where no one seems to live and everything is about the image. If we let the city become a caricature of itself, we lose the connection with the public, the people we’re working for.

As a director I hope to end this internal conflict, at least where rooftops are concerned. The rooftop landscape is not a penthouse on top of a penthouse, it’s a second layer of our city where we are all welcome. Where there is still room and time for communities to influence its development. I think this can go together with city promotion, as long as we make smart decisions and prioritise the right things. With our audience focus, Rotterdamse Dakendagen will play a key part in this process.

Audience focus does not imply that all rooftops should become public space. It can also mean that we start living on rooftops, that we use rooftops to protect us from the effects of climate change, as a stage for arts and culture, a refuge for tourists and a place where neighbourhoods can come together. Together with artists and performers, but also city planners, architects, ecologists, etcetera, we will continue to use our festival as a means to showcase these possibilities and to reflect on them. With a shared end goal to realise them permanently. And especially: to make sure our audience feels invited to discover this potential and claim ownership of it. Taking them along for the ride.

This does not require revolutionary change within our organisation, it’s at the core of what we already do at Rotterdamse Dakendagen. But we can do more, during the festival and throughout the year. With two directors there is more capacity to anticipate changes within the city, to grow as an organisation and to put even more emphasis on our relationship with the public.”

The team at Rotterdamse Dakendagen – photographed by Fred Ernst