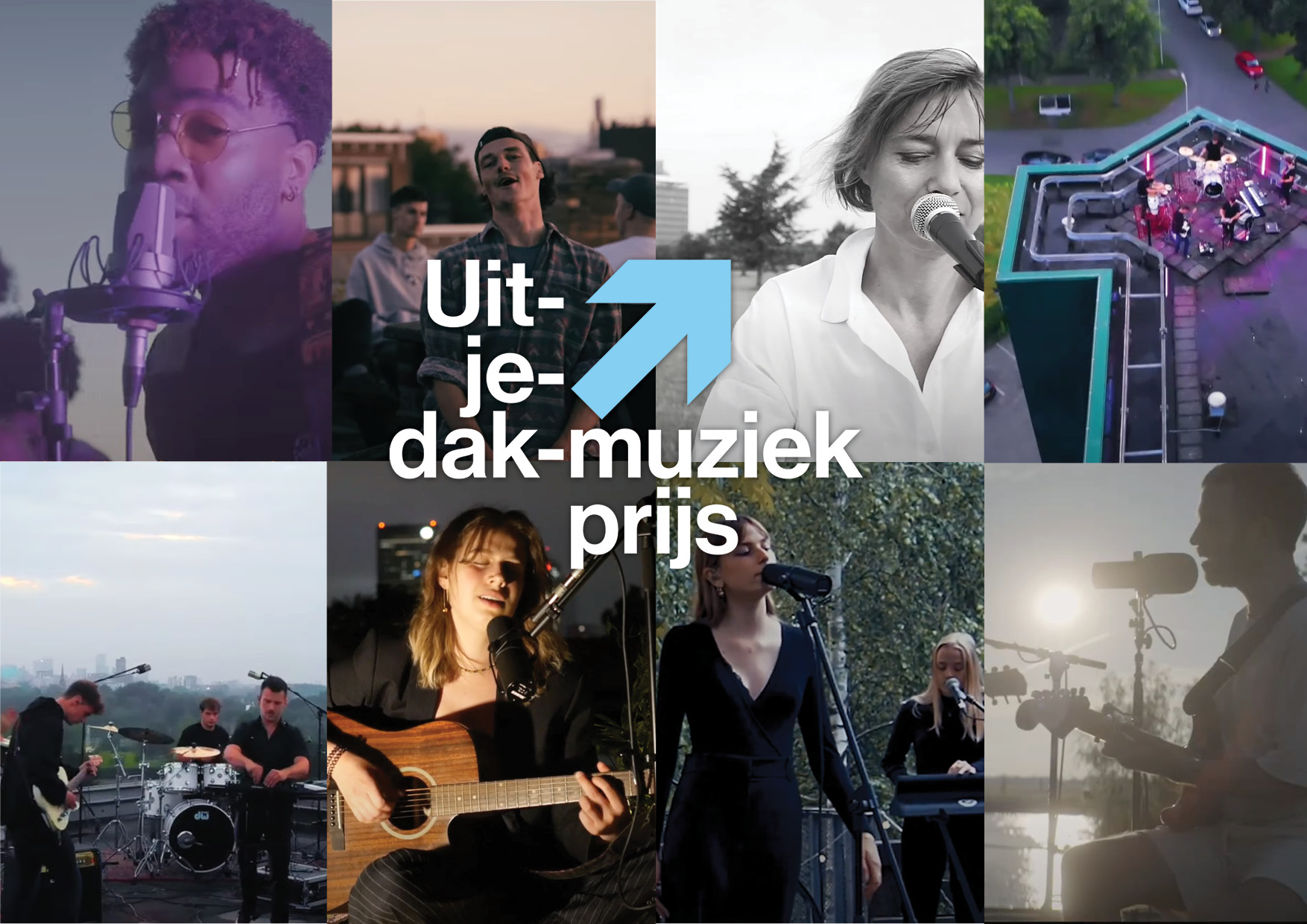 The winners of Best Video and Most Original Video are announced!

The From-Your-Rooftop-Music Awards are back! After a successful first edition last year, we organised the competition for best music video on a rooftop again, as part of our alternative programme in 2021.

With the awards, musicians can win cash prizes and be seen by music professionals. Together with multiple concert venues in Rotterdam, we challenged musicians to record a music video on a rooftop within the most beautiful context there is: the city of Rotterdam.

The winner of Best Video is: Hotgirl Summer / The Explorer by Geel, Nebulator and Ariëne Sillié

The winner of Most Original Video is: Subtraction by Port Patrol

The winner of the Video With Most Views will be announced on August 14.  Your view counts! So watch all the contestants of 2021 below.

All videos are published on our website. The videos are watched by all programmers of the partners and they chose the winners of:

The video with most views will also win a prize. So, your view counts!

There will be no correspondence about the results.

Want to see more? Check out the winners and all participants of last year here!